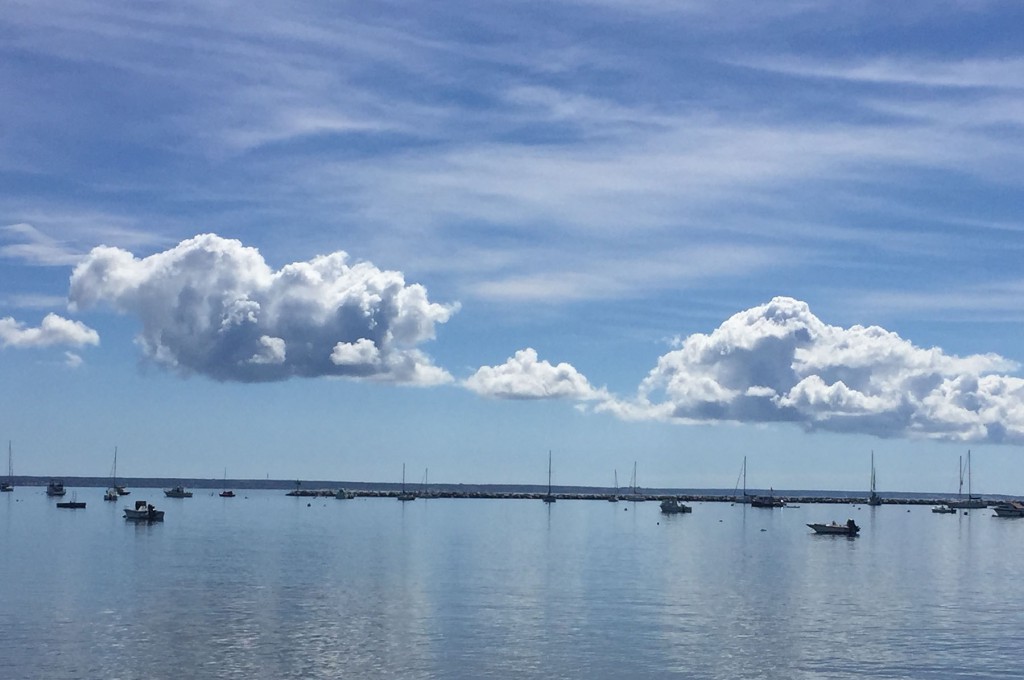 This potent sky and sea erases—
just for the moment—
tense lives
though so many have crossed
beneath and above them, hurting
the accumulated blue, green, grey,
moon-gathered energies
want payment in pain

In some ways we should have known it would be the ultimate convergence of skill set and life’s demands. At least that’s what I thought biking past the preparations for a kiddie party in the garden that fronts the entrance to the Boatslip in Provincetown MA. Yes, that Boatslip. I would have taken a picture to show you, but I thought it might be intrusive. Though I suppose, if you’re setting up a tea party complete with large pink and lavender balloons bobbing around the white fence along Commercial Street—balloons that read “Our Princess”— with every PTown resident, renter and visitor eventually passing by, you are not too concerned with intrusion.

Gay marriage, gay child-rearing; these seem so perfectly aligned with our ability to throw a party (ok that’s a stereotype, some of us can’t apply glitter properly!) why did anyone doubt that we would be fantastic parents?

On the off chance that the princess being feted was not the child of a same-sex couple, the fact that the Boatslip was the most fabulous place in town to have the princess’ party says something too.

You arrive at your vacation rental and open all the kitchen cabinets and drawers to determine what you will have to work with for the next week or so. For better or worse these are your culinary tools you will have without going to any expense to fill in what is basic at home.

Often the most challenging is what you find, or don’t find, in the spice cabinet. If you are a spice addict as I am, you travel with the essentials: cumin, curry, tarragon, chili powder, italian seasoning, smoked paprika and my new fave, “sazon tropical”, which is a salt blend with annatto, onion and garlic powder. So when we arrived at Provincetown last night I was happy to see the spice cabinet had some good choices and not just the usual leftovers from the previous renters, plastic Morton salt and pepper shakers. 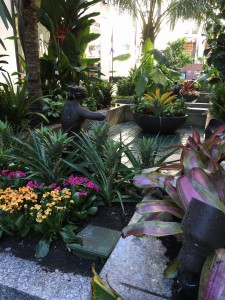 Once again Rockefeller Center works its horticulture magic. This time with exotic palms, bromeliads and other plants to create an oasis in a concrete valley. The absence of water in the fountain pools showcase the glass tile that lines them. Best of all gone is the silly swimming pool ‘sculpture’ that covered one of the garden elements all summer long.

Our friend David Beahm, floral designer extraordinaire and now the owner and proud father of Thistledew Farm @davidbeahm, growing flowers and produce from heirloom seed, asked us to look up a word that was written on some seeds sent to him by an admirer. 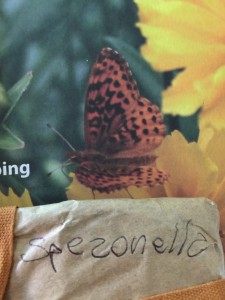 So we tried s-p-e-z-o-n-e-l-l-a: nothing. Double z: nope. Diminutive of something else? Spezzone means “excerpt” or “clip”—that doesn’t seem to be a likely name for a flower.

Finally I thought, “maybe it’s not a z at all, but a print-script hybrid r?”  Sure enough speronella is delphinium, but interestingly, according to Wikipedia (in Italian) it is the common name for delphinium and speronella is itself derived from the words “spron di cavaliere” or horseman’s spur.

Which made me think of our common name for delphinium which is larkspur. So two peoples see in the flower’s shape a spur―one a rider’s boot, one a a bird’s foot. 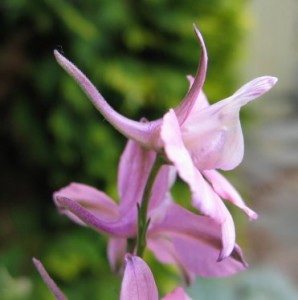